Penbro Kelnick specializes in the manufacturing of various resistors and load banks. Our products are manufactured from quality materials and meet the highest standards and requirements. Apart from the standard products we develop and manufacture, we also design and manufacture custom solutions with an application-oriented design for our customers based on their requirements. 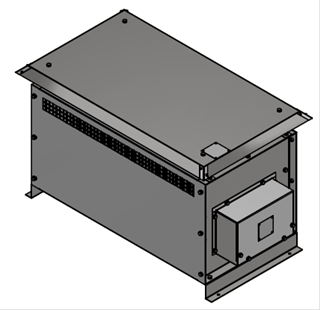 Our High Power Braking Resistors (HPBR) are offered in two categories, the HPBR34 and the HPBR50 for higher power motors. These dynamic braking resistors are a low cost solution for high power and short duty cycle braking of electric motors driven by a variable speed drive (VSD). The HPBR range of resistors incorporate special stainless steel grid resistors and are enclosed in a neat galvanized IP20 or IP22 enclosure. 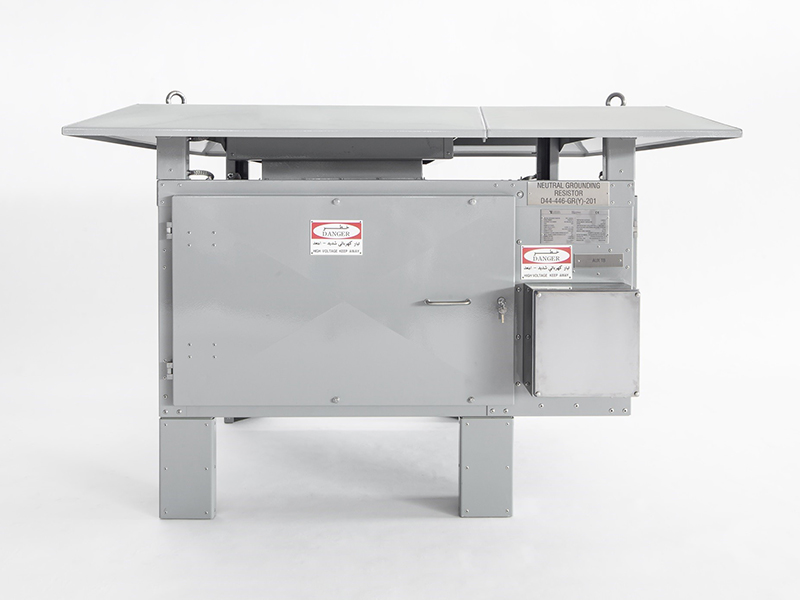 A widely utilised approach to managing fault currents is the installation of neutral earthing resistors (NERs). NERs, sometimes called Neutral Grounding Resistors, are used in AC distribution networks to limit the fault current that flows through the neutral point of a transformer to a safe value. 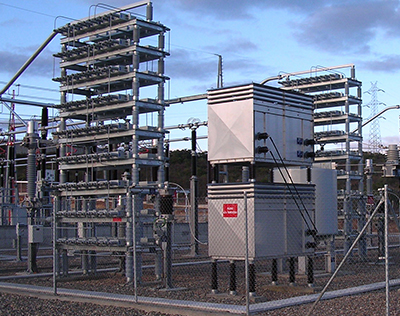 Electrical equipment which has non-linear characteristics creates harmonic currents that can lead to distortions of the network power. The increased usage of equipment such as arc furnaces and static converters during recent years, has forced electric companies to control and limit the harmonic distortion rate of their distribution networks, with respect to the directives of many National Committees such as the CEI, CENELEC, IEEE.etc.
Harmonic Filtering Networks are passive circuits that have the double function of lowering the distortions caused by harmonics and balancing the power factor. Harmonic Filters, made up of capacitor, inductor and resistor assemblies help to eliminate harmonics which inevitably tend to occur. The LC circuit filters all spurious frequencies and only allows the fundamental frequency through, while the Harmonic Filter Resistors (also referred to as Damping Resistors) dissipate harmonic currents in the form of heat energy. 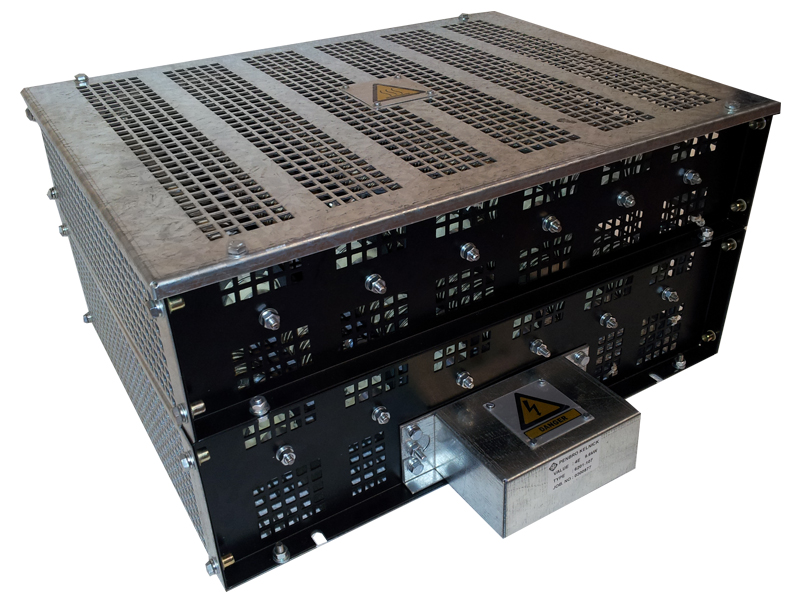 VSD brake resistors are mainly used to quickly stop or slow down electrical motors by absorbing the excess power and dissipating it as heat. It ensures that motors brake much faster, it lowers the wear and tear of friction from braking components and it keeps the voltages of the motor within safe operating levels, all contributing to increase the overall life span of the motor.
VSD Brake Resistors are installed wherever a motor/drive controls machinery including industrial factory applications as well as construction equipment such as cranes. Our brake resistors are offered in our standard type galvanized enclosures which allow fast production and an affordable price. 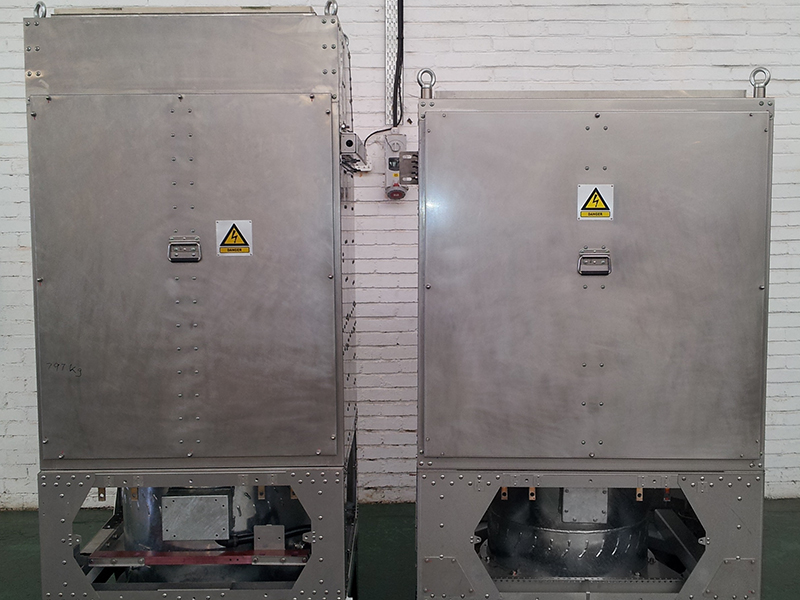 The locomotive brake resistor is used for regenerative breaking of the locomotive, both in diesel and electric locomotives.
We are proud to be a part of South Africa’s largest ever locomotive project supplying brake resistors for Transnet’s new Bombardier and China South Rail (CRRC) locomotives and for PRASA’s new EMU passenger trains. 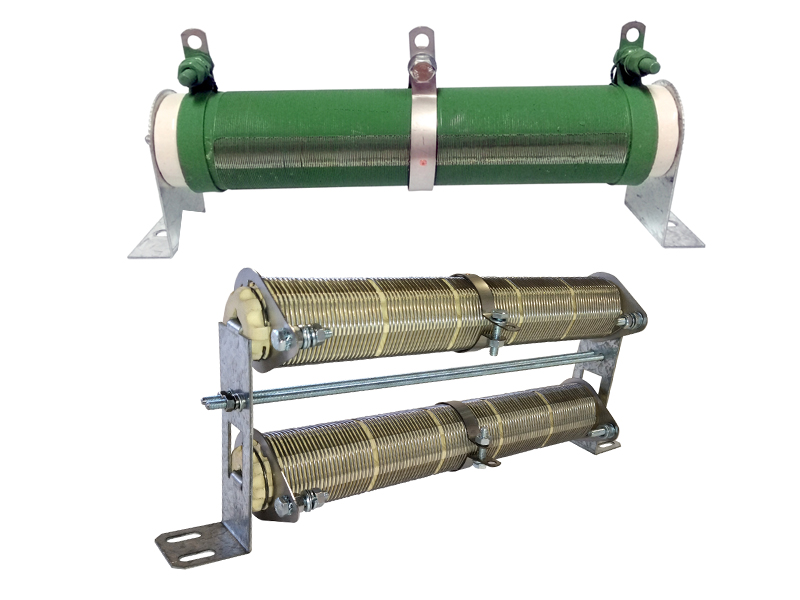 We also offer customer specific assemblies such as a Locomotive Headlight/Headlamp Resistor. Two or more resistors are mounted onto a single pair of metal brackets. 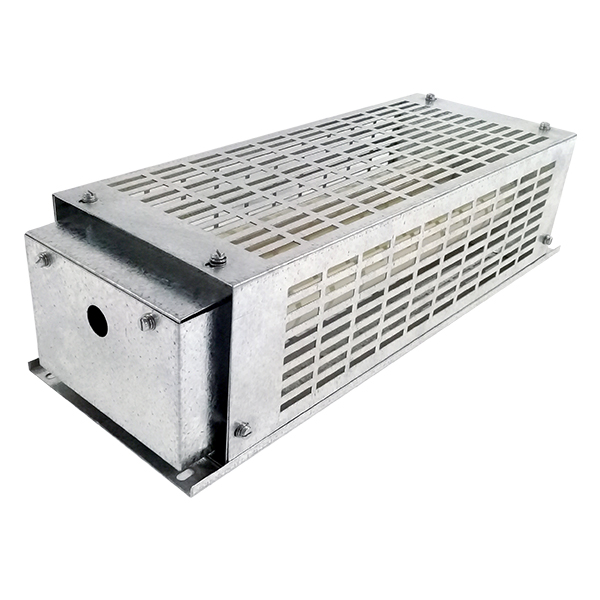 A compact, robust enclosure for a single or two wire-wound resistors. Due to heat dissipated by resistors it is often required the resistor be enclosed and ideally mounted external to an equipment panel. It is also a suitable solution for the dynamic braking of small electric motors driven by a variable frequency drive. Ideal for training purposes at Educational institutions such as universities and colleges.

The slip-starter resistor is used for the gradual starting of large motors by controlling the amount of torque with the possibility to choose the torque in relation with the device to start. Suggested for equipment with low starting torque and increasing advancement. Inrush current in 3-phase induction motors may vary as much as five to seven times the rated current and in some applications this high inrush current may cause a significant voltage drop in the supply network, affecting the operation of other equipment and the motor starting.
The high starting current of induction motors results in a more than required high starting torque which increases mechanical stress on the rotor shaft, bearings, gearbox, coupling, chain drive and connected equipment.

The edge wound resistor is manufactured to handle higher power capacity and is used for high power dynamic breaking on locomotives, older model PRASA coaches and their braking systems.
Penbro Kelnick offers and refurbishes oval edge-wound resistors; continuous ribbon resistors and stamped grid resistors. We also manufacture a range of replacement parts for resistors used in locomotives.
We can assemble an array of these type robust resistors for large dummy loadbanks to obtain power ratings of approximately 500 KW.

These resistors are non-inductive by having half the winding in one direction and the other half in the other direction. This ensures that the net inductance is nil.
The non-inductive resistor finds application in the high-frequency communication industry, usually connected to antennas, and transmission towers.

Our DC and AC load banks range in size from 1 KW for a table-top unit to 75 KW for a floor standing unit. Ideally these load banks are used as dummy loads for testing apparatus and for the discharging of battery banks. Load banks with up to 500 KW are mounted on a factory-built trailer for mobility.
Current steps are obtained by means of switching circuit breakers and can be in steps of 1A to 100A.
The load banks are forced air cooled and supplied with either analogue or digital meters to display voltage and current.
We gladly build to customer requirements as well.

Our cab heater incorporates a single and/or dual heating arrangement to enable train cabs and coaches to be used immediately rather than waiting for the train’s water temperature to get to a level where it is capable of heating the cab. This is important to the train operator who has to provide the driver with suitable working conditions.
Custom resistors sized and rated to customer specification are available for nearly all application from low to high voltage.